Step1: Tie in the tail fibres. 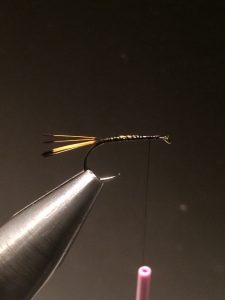 Step 2: find a good colored jay feather, and strip of the fibres. 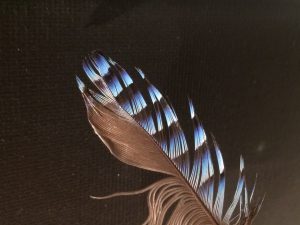 Step 3: Tie in the jay fibres pointing forward, make sure the majority of fibres shows the backside of the blue color. 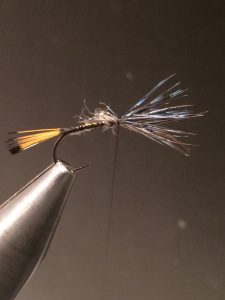 step 4: fasten silver wire at the bend of the hook. 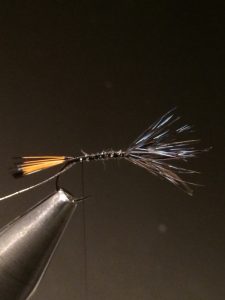 Step 5: Tie in Hacklefibres and pair them, fasten the top of the feathers to hook 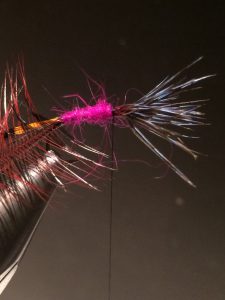 , drag out fibres from the stem. 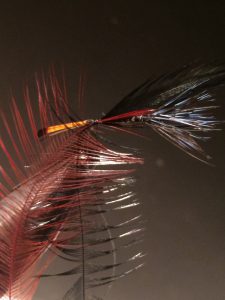 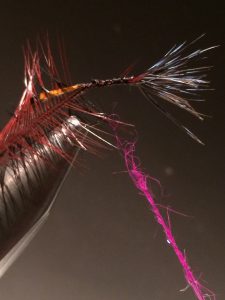 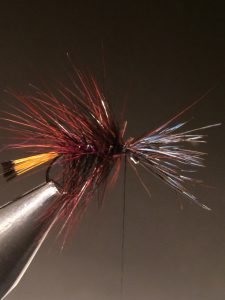 step 9: Tie in the silver wire opposite direction than the hackle. to fasten hackle better, make sure not to tie down hacklefibres. 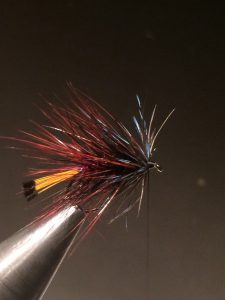 step 11: Brush out the hacklefibres

Step 12: Now you are finish, Enjoy tying everyone. 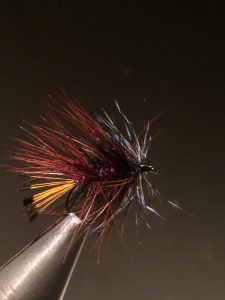